Rustic-chic and modern was the look- Tiffany & Ryan Ayres- who said their “I Do’s” during a romantic ceremony at Club Lake Plantation. They turned to Bella Sposa to help guide them for their special day. 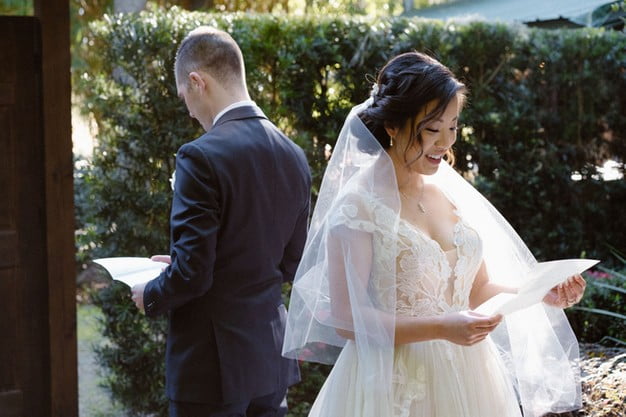 Before the ceremony, Tiffany & Ryan did a private reveal. They both read their personal vows before seeing one another. 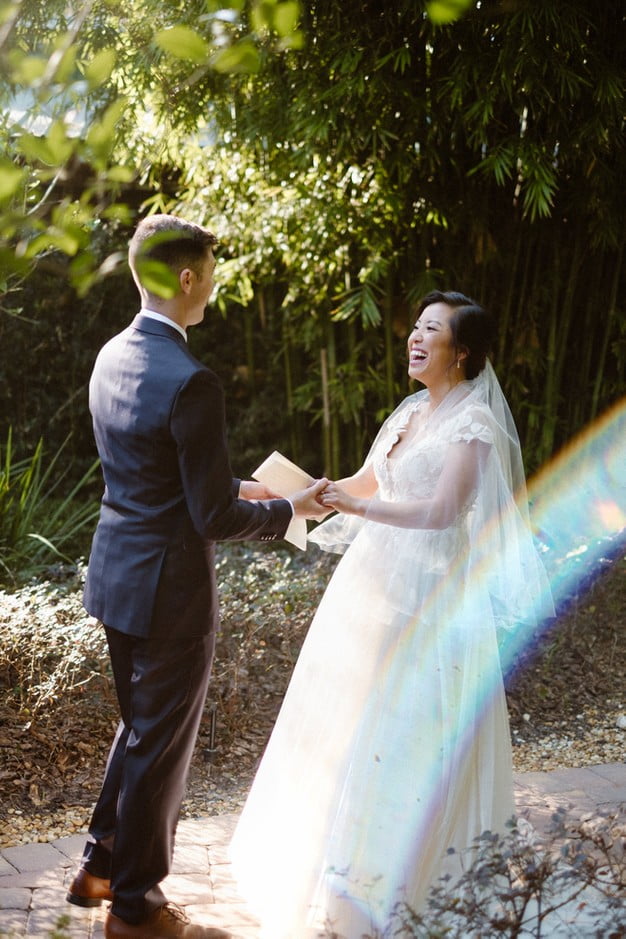 Every little girl dreams of the moment their fiancé gazes at his beautiful bride for the first time.

The palette for their special day consisted of neutral colors with a touch of pearl white to set the tone. Orlando Flower Market designed the organic floral arrangements. Kristy’s Artistry Design Team also treated the lovely bride and her bridesmaids to the glam squad. Kristy’s team assisted the ladies with hair and makeup.

During the ceremony, the bridesmaids and the flower girl walked entered to Forever Like That by Ben Rector.

Ryan and his groomsmen entered the ceremony to History In The Making by Darius Rucker.

Tiffany’s sister Jessica escorted Tiffany down the aisle. The song that was played during her entrance for the ceremony was I Can’t Wait by Runner Runner.

The company A beautiful ceremony enlisted their officiant to bless Tiffany & Ryan for their union. The Couple exchanged their traditional vows that were intertwined with their own character. During the ceremony, they also had a wine and letter ceremony to commemorate the beginning of their journey. The song that was played during the wine and letter ceremony was Better Together by Jack Jackson. 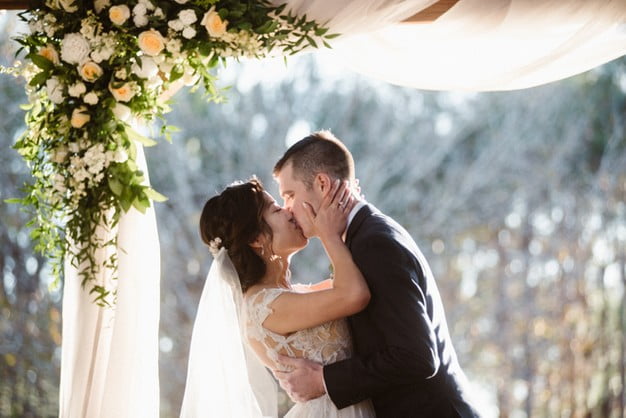 married couple. The videographer and photographer Forged in White captured all the monumental moments of the newlywed’s special day. 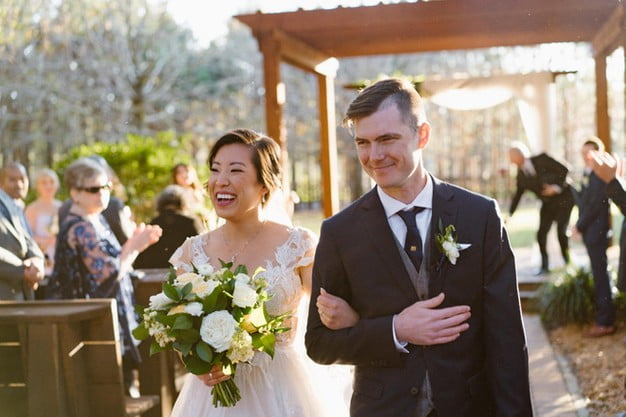 Tiffany & Ryan recessed back up the aisle to Must Of Done Something Right by Relient K courtesy of are deejay, Xclusive Deejays. 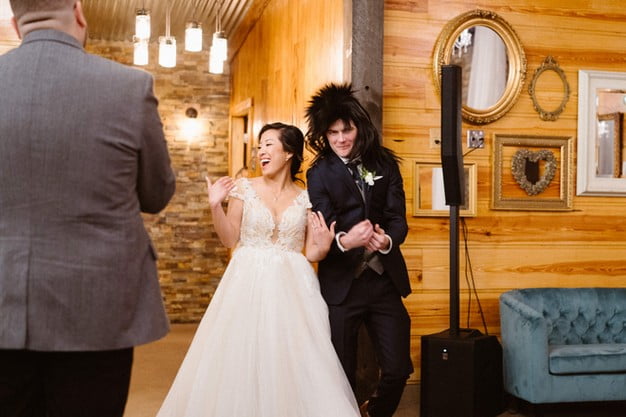 The Newlyweds made a high-energy entrance with a twist of their personality. THe groom wore a wig to compliment the song. The song played was Good As Hell by Lizzo. 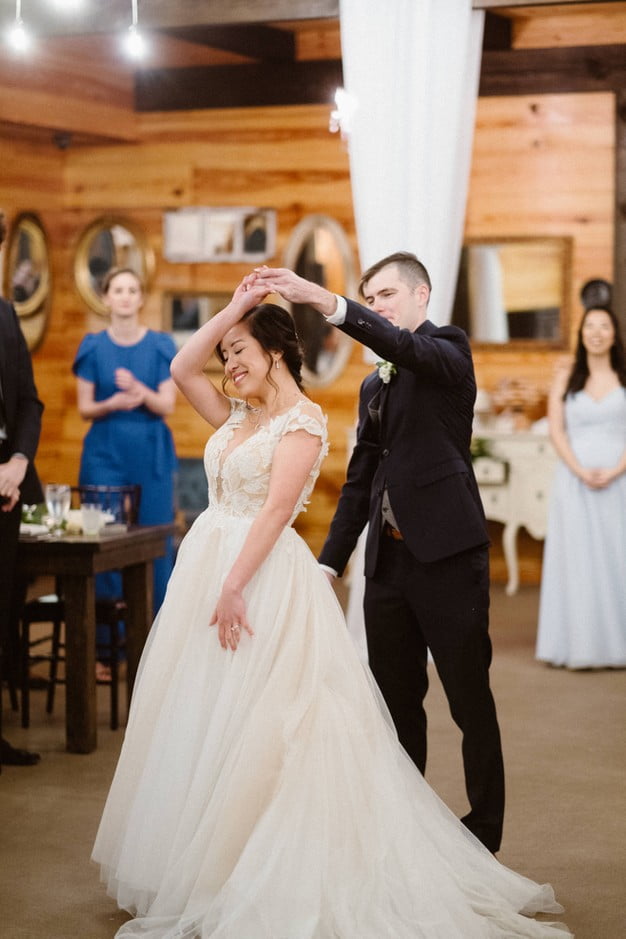 Tiffany & Ryan were graceful for their first dance. The danced to She Is Love by parachute. 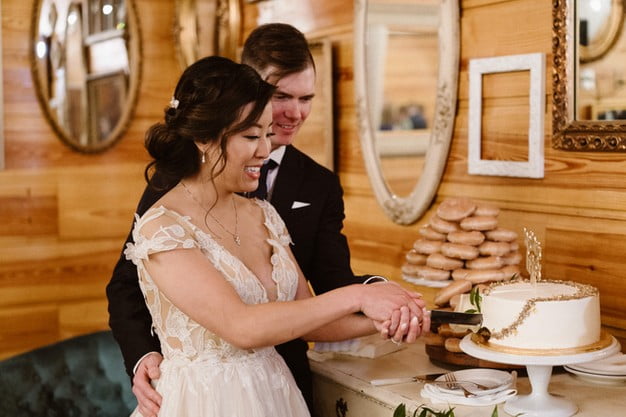 The desserts and the cake was provided by The Glass Knife. The lovely couple cut the cake, the song that played was  Love You Madly by Cake. 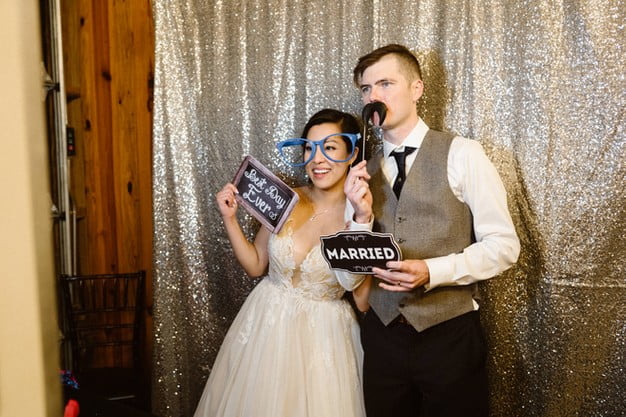 The couple wanted to add a flare to their wedding. They enlisted Xclusive Photobooths to break the ice and to have memorable moments with their guest being silly. The photo booth that was used was a white roady. The props gave the guest the opportunity to let their personality shine the booth. The champagne sequin backdrop also complimented the color palette of their wedding. 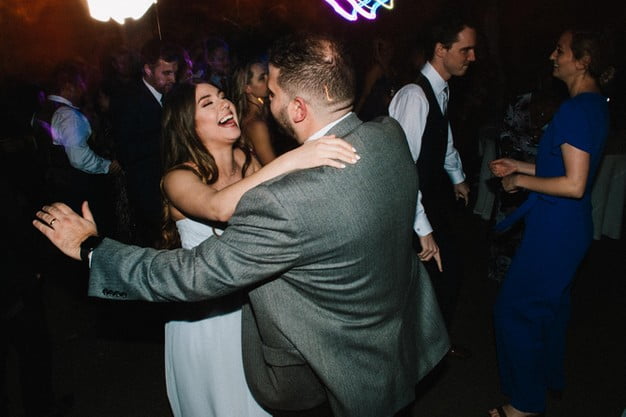 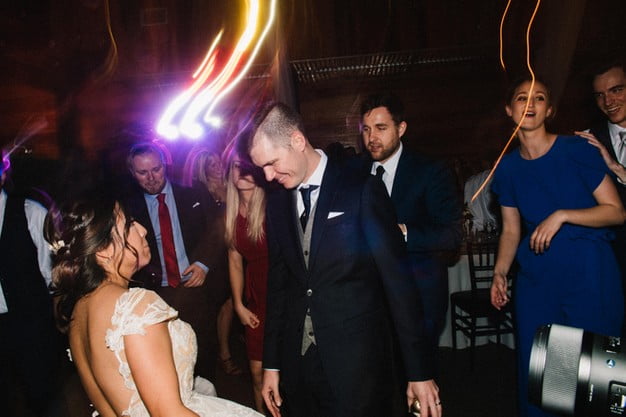 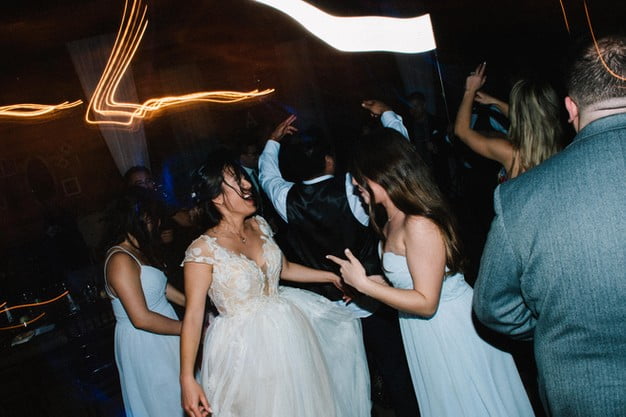 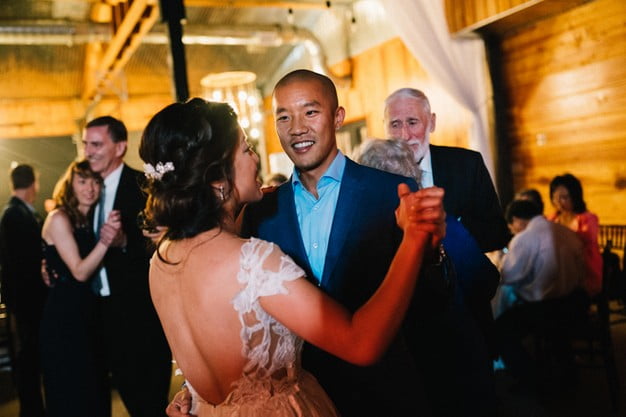 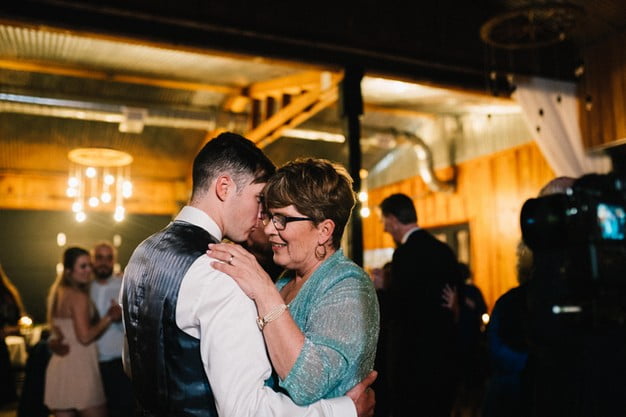 Ryan danced with his mother to You’ll Be In My Heart by Phil Collins.

The last song of the night was Wonderwall by Oasis.

The newlyweds had their own private dance to call the end to their special day. They danced to Never Stop by Safetysuit. After their Sparkler exit, they were whisked away by Apollo Chariot transportation services. 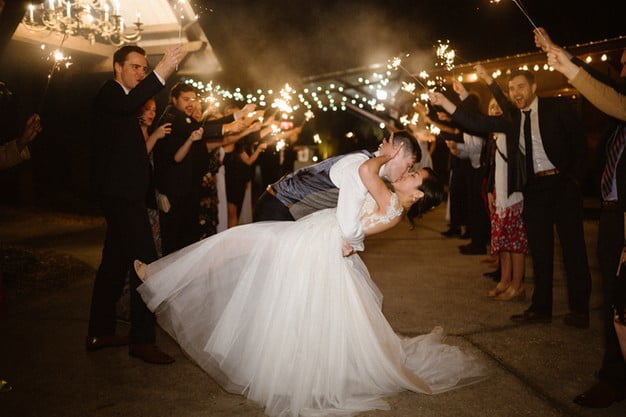 Thank you, Mr. & Mrs. Ayres, for allowing us to be a part of such a special day in your lives. We wish you lots of love on your journey together & beyond.