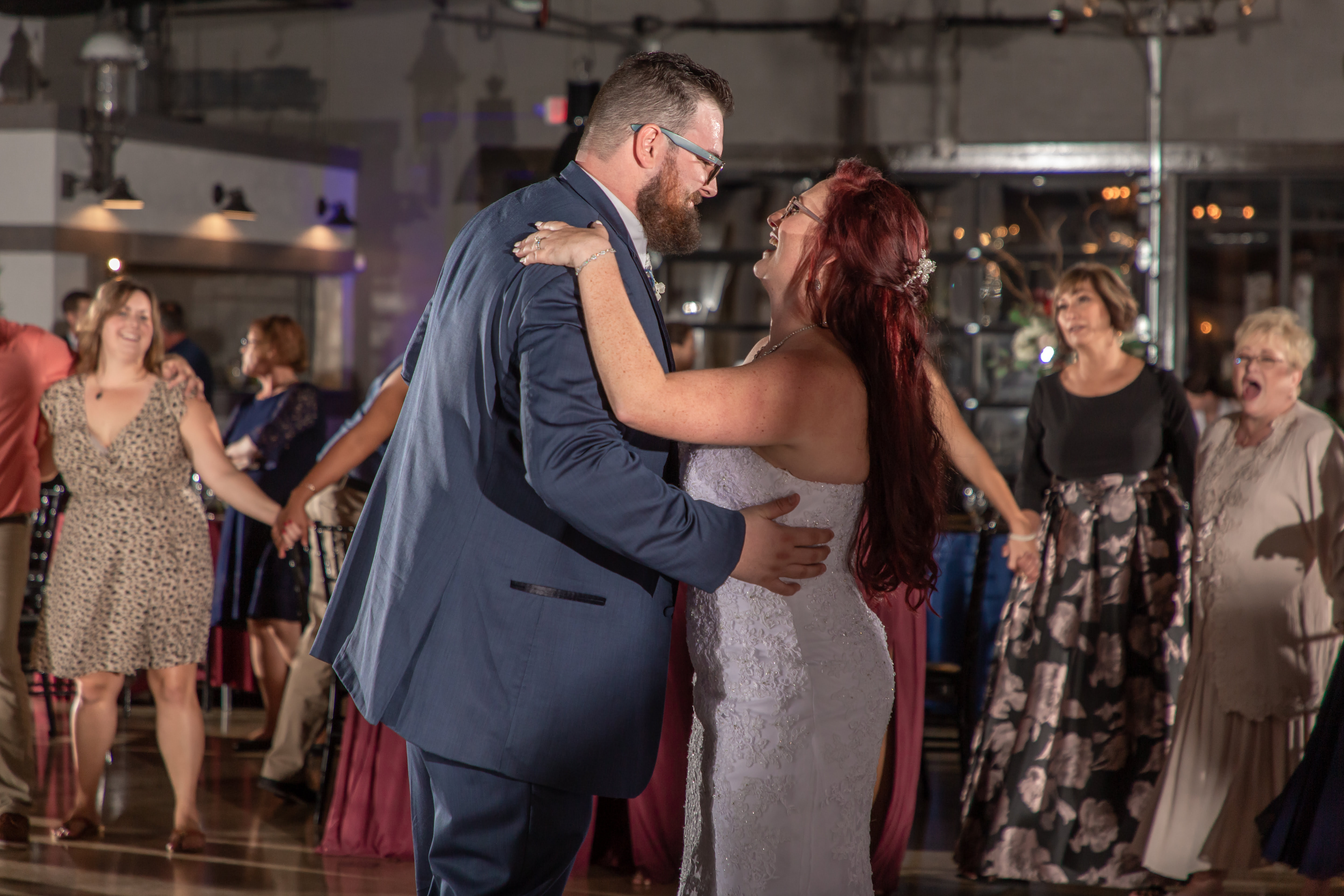 Mariah and Benjamin said their “I Do’s” at the United Methodist Church. The wedding venue was located at Venue 650 in Winter Haven. The couple wanted to add an extra flare to their wedding, thus, they enlisted Xclusive Deejays to bring out the lively character in everyone.

The invitations for the wedding were done by LiLi V The Company. Their wedding was perfect with the help of Let’s Make It Extraordinary, which was the wedding planner.

The photographer who captured Mariah’s and Benjamin’s memorable moments was De Marco Films.

Xclusive Deejays provided the up-lights, cloud effect, and deejay services.The up-lights gave the atmosphere a regal experience throughout the night. When Mariah and Benjamin had their first dance, they enlisted are company to create a dancing on a cloud effect, which made their dance feel surreal and monumental.  They danced to Love Someone by Lukas Graham.

Mariah and her father shared a special moment by having their father & daughter dance. They danced to Loved Her First by Heartland.

Benjamin and his mother wanted to make their dance unique. They enlisted the help of our deejay to create a custom mix to share this special moment. For this special moment, they lip synched and danced. Their performance made the crowd go wild and they had a standing ovation.

Are deejay Andy was also the MC. He ensured everything would run smoothly and he kept the good vibes going till the end of the night. During the reception, there was a wedding game, the game is called the Anniversary Dance. The song plays while the DJ announces how many years the couples on the dance floor have been together. The couple that have been together the longest are the last ones on the dance floor, thus, they are the winners. The winning couple share’s their wisdom to the newlyweds on how they made their love last.

The Newly weds shared their first bite of their wedding cake. The song that played during their cake cutting was Pour Some Sugar On Me by Def Leppard.

Mariah looked stunning. Her make-up was done by Kristy Artistry. All the single ladies gathered around to be the lucky one to catch the bouquet from the beautiful bride. The song that played during Mariah’s bouquet toss was Man I Feel Like A Woman by Shania Twain.

Overall, the reception was elegantly designed to make the newlyweds day special. The linens for the tables were from Fancy That Linens. The colors for the linens were burgundy and royal blue. The rentals for the decorations were from Party Rentals Unlimited. The bar services were done by Alexander Bar Services. The catering was done by Simply Southern Catering.

The newlyweds also requested a photo booth from our company, Xclusive PhotoBooths. The rose blush pink backdrop was chosen by the bride to compliment the color scheme of the night. The photo booth that was used for the wedding was a white roady. The white roady was the perfect fit for the wedding, it allowed for quality pictures, multiple prints, and it brought out the silly side in everyone.

The night came to an end with last song of the night being Piano Man by Billy Joel. They had a sparkler exit to end their special night and to start a new, as husband and wife.

Thank you, Mr. & Mrs. Linkenbach, for allowing us to be a part of such a special day in your lives. We are truly humbled. We wish you lots of love on your journey together & beyond

Event Staff: In Your Honor Events