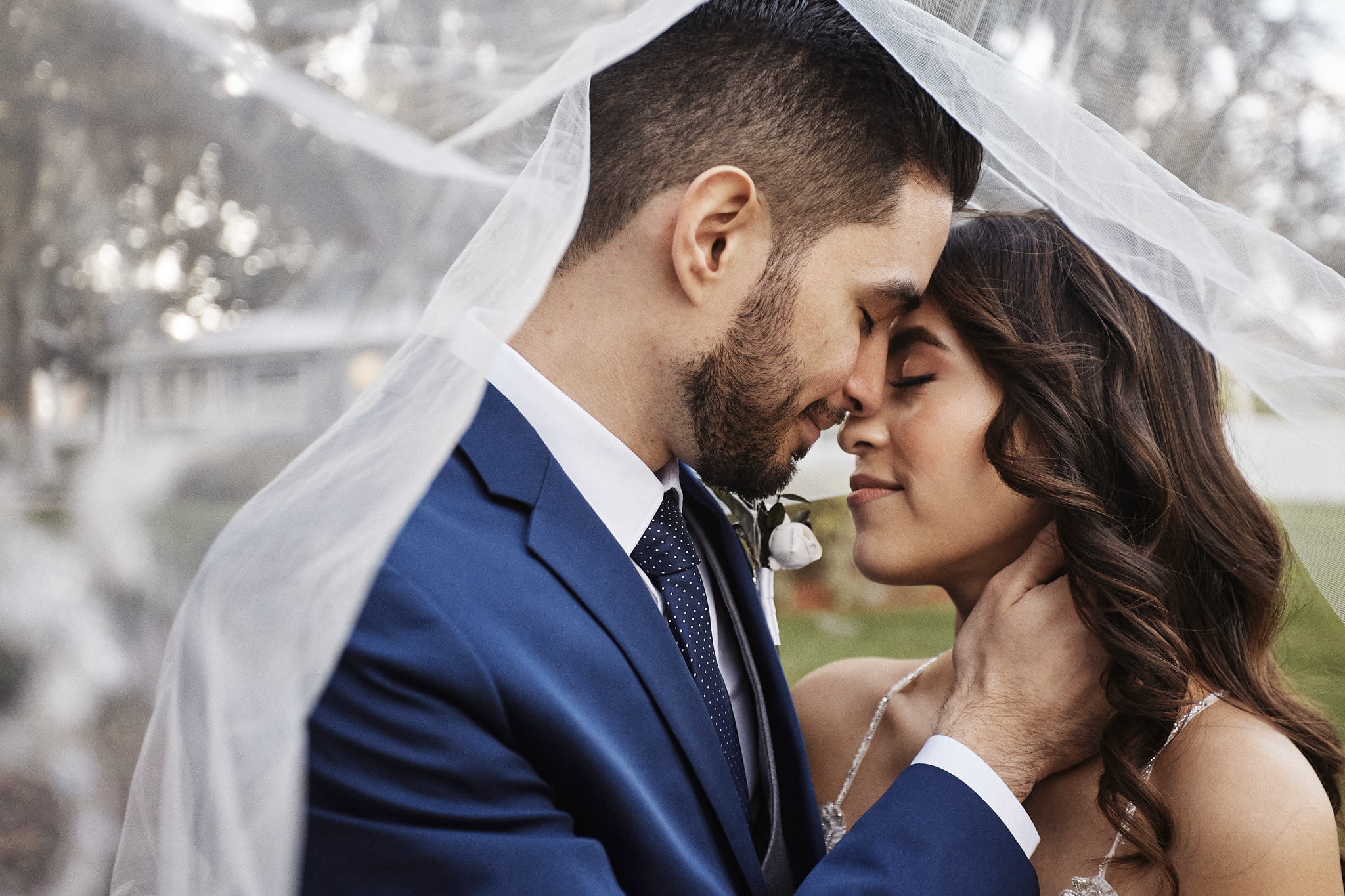 These High School sweethearts tied the knot at Highland Manor surrounded by family and friends. Vanessa and Eric enlisted are company to add a flare to their wedding. We made it are mission to make their day memorable, full of love, and excitement.

Their wedding planner, P.S. I Love You, Productions ensured their day would be memorable. Artisan films captured all their monumental moments of their special day.

Vanessa looked regal on her and Eric’s special day. Their wedding was a large stepping stone since they have grown up together. When she walked down the aisle, she captivated the crowd’s attention. The song that was played for her entrance was Blue Ocean Floor, a cover by Justin Timberlake.

Vanessa and Eric said their “I Do’s.” Their recessional song was You Make My Dreams by Hall & Oats.

Our deejay was also the MC, he introduced them to the crowd as Mr. & Mrs. Lopez  and the crowd went wild. The song that played for their grand entrance during their reception was Bring Em Out by T.I.

The newlyweds first dance song was Best Part by H.E.R. After their first dance, the father and daughter dance proceeded, they danced to Hija by Kankel. Eric then danced with his grandmother to You Are My Sunshine by Jasmine Thompson.

During the reception, one of the guest preformed a spontaneous dance routine of Billie Jean by Micheal Jackson. The couple were thrilled with his performance and his energy radiated off towards the couple, thus Vanessa and Eric joined him on the dance floor.

the newlyweds enlisted are company to create memorable memories with the help of our photo booth and our attendant.

The rose blush pink backdrop complimented the color scheme of their wedding. The photo booth that was used was a white roady. The white roady was the perfect fit for this wedding since it was able to capture large group photos.The photo booth brought smiles and laughter throughout the night since it brought out the silly nature in everyone with the use of the photo booth props.

Vanessa and Eric also enlisted are company to do the up-lighting and the deejay. The uplighting gave the atmosphere a warm and inviting feeling, while also complimenting the wedding’s color scheme and the decor from Linens & Flower Design. After they cut the cake from Sweet by Holly, our deejay made the party come to life during Hora Loca with his song choices.

The genres that played throughout the night were 80’s Pop Dance, Top 40, Hip Hop 90’s, Hip Hop Funk, Hip hop Modern, Latin Pop, Reggaeton, Merengue, Balads, and Cumbia. The guests danced the whole night night away. The last song of the night was I Wanna Dance With Somebody by Whitney Houston.

Thank you, Mr. & Mrs. Lopez, for allowing us to be a part of such a special day in your lives. We wish you lots of love on your journey together & beyond

Planner: P.S. I Love You, Productions